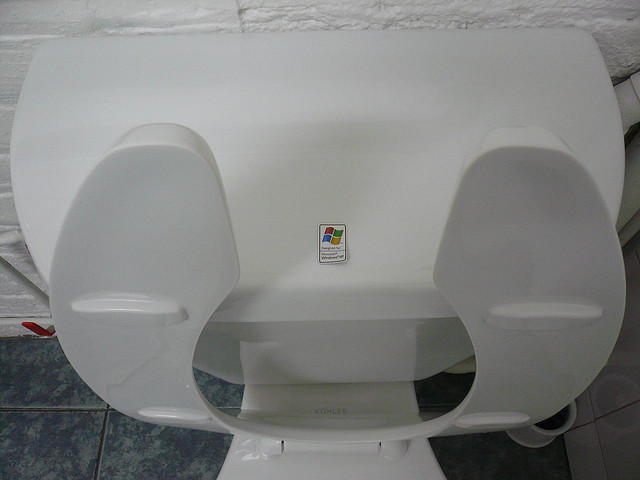 This is the biggest WTF moment ever to hit education and the future of the South African economy. While everyone else will be echoing events happening in Silicon Valley the future of your child’s technology education is singlehandedly being flushed down the microsoft toilet by the department of basic education.

Today I received a copy of a Circular S9/2013 from the Department of Basic Education (DBE) that made me as angry as I have ever been in my life. In effect it destroyed any initiative in schools that offer the subjects “Computer Applications Technology” (CAT) and “Information Technology” (IT) and that use open source software. For CAT, the DBE has indicated that only Microsoft Office can be used and that this will only be MSO2010 and MSO2013 as from 2014. I learned that in IT they have dumped Java, effectively from 2013, and have prescribed Delphi, a language that is not in general use today and is basically Pascal with a Graphical User Interface.

Seriously? Delphi? South African Technology education in all our schools will be left in the stone age with this move. This will make Microsoft South Africa millions in revenue and remove a huge chuck of the potential of any South African who wishes to do any work for any company that will still exist in 20 years. Who is the politician getting a kick-back for this decision?

This is wrong on so many levels, that it will be difficult for me to convey them all in the time available to write this blog post. However, let me list a few:

I have no doubt that many lies will be told about the cost of implementing FOSS, etc. I hope that when you see them, you will recognise them for the corrupt untruths they are.

👐2018: The 👐Bitcoin👐 Present. Future-Past Using ideas and lessons from the past, building technology in the present, Web AddiCT presents his idea for Bitcoin’s inevitable future. The…
👐The Advantages and Disadvantages of Laser Cutting Learn about the Pros and Cons of Using Laser Cutting Machinery It is hard for modern production to function properly without the…
👐👐Bitcoin👐 Understanding the Future by Conceptualizing the Past Bitcoin is a topic of discussion almost everywhere today, even during mosque on Friday. Just look at this Google Trends graph of…
Your are the first person in your social graph to know! Share it with your wwworld now 🗺️
Facebook816
Google+17
LinkedIn0
Twitter0
Support Web AddiCT(s);