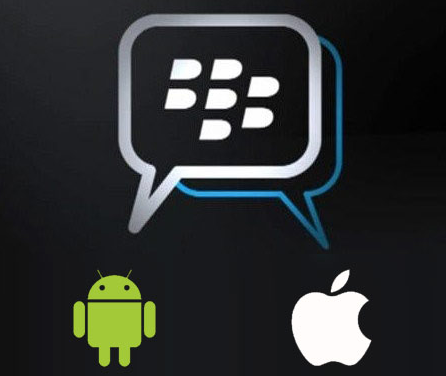 There is something attractive about the recent renaissance of Blackberry. Partly fueled by the availability of its BBM app on android and iOS — also partly fueled by talks of a potential Facebook acquisition. Whether the latter actually materializes, it remains a mystery for now. Yet, just a few months back, there was a sense of distress surrounding the company after news of massive employee layoffs and stumbling stock prices leaked. However users couldn’t careless about all the negativity surrounding the company, as long as they got great products and services from the company. Which brings us back to the feel good factor that is BBM for Android and iOS.

After news of BBM hitting 5 million downloads in 8 hours, and then 10 million downloads in the first 24 hours, a sound argument based on these numbers could be formulated suggesting that BBM can be a potential game changer. More to that, here are a few other reasons to validate such an argument.

For the past few years, whatsapp has greatly been enjoyed by users across all the major platforms to the extent that the company reports 350 million users world wide. Yet, perhaps whatsapp’s biggest problem is that of privacy. Anyone with your number can spam you with whatsapp messages anytime anyhow. Worst than that is that people can also add you to whatsapp chat groups without your consent. And users don’t have prior control to deal with that. The poor user can only delete such groups after receiving hundreds of unwanted messages from strangers.

This problem is not a whatsapp-only crisis. Viber has the same problem. Since whastsapp and Viber user accounts are associated with mobile phone numbers, even dead people can suddenly reappear to be active online because their ‘inactive’ mobile phone numbers have been reassigned to other people. And that has caused distress to some families in the UK.

On the other hand, this is not the case with BBM. Since BBM accounts are associated with PINS and messages are sent and received only via PINS, thus, such privacy problems can hardly arise.

Unlike whatsapp or viber, people have to first send a BBM chat request via PINs. The user has a choice to accept or reject requests. This also makes it attractive for different use cases, particularly for business users. For example, users on different plaftorms working on a project together can exchange pins and then collaborate easily without need to exchange mobile numbers. BBM has also the ability to PING users, which is one way to indicate a sense of urgency when sending a BBM message.

In conclusion, it still unclear whether whatsapp plans to implement measures for its privacy concerns, but as soon as most folks on iOS and Android embrace BBM on their devices, it could be a troubled future for whatsapp.

👐Instant Messaging Landscape Changes Rapidly in South Africa The rapid growth of the WhatsApp instant messaging (IM) client and the decline in the volume of chat messages going through MXit…
👐Viber Announces Video-calling Desktop App A few weeks ago, we brought you the story of Viber, a multi platform mobile application that allows for free calls on mobile phones.…
👐WhatsApp intros PC client with Whatsapp Web The world has flocked to whatsapp in droves with just over a 0.75 billion users signed up. We’re Whatsapping from every smart mobile…
Your are the first person in your social graph to know! Share it with your wwworld now 🗺️
Facebook7
Google+1
LinkedIn0
Twitter0
Support Web AddiCT(s);