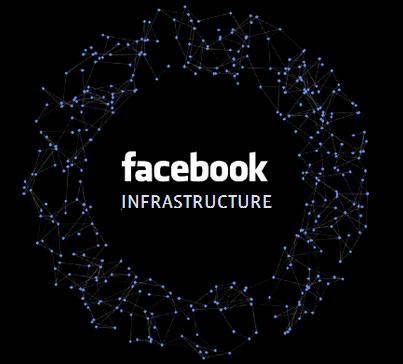 With a massive user base of over a billion people, Facebook has sometimes (and quite humorously) been dubbed the biggest human database that ever existed in history. However, Facebook isn’t only a social network that stores data about users; it’s also a gigantic database that houses loads of ‘data about data’. Now before you get confused, let me quickly break it down to get a better perspective.

Last year alone, Facebook reportedly scanned approximately 210 terabytes of data every hour.  This number has since then doubled. That’s millions of photos, billions of likes, and more billions of Facebook shares all managed and personalised to its users’ needs.

To put things into perspective, here’s a brief analysis of the amount of data which flows through Facebook’s data centers all day, everyday:

You might just wonder how Facebook does all this in perfect harmony? I found a very fascinating short video describing how Facebook manages its data. Enjoy 🙂

👐The best cloud storage options to keep your photos safe We can all relate to what it feels like to lose the only copy of photos we’ve been collecting over the years.…
👐Chatbot Bitcoin Wallet for WhatsApp Chatbots are the future IMHO. So much so that I’m building one with the jfGi Bitcoin service. Lite.IM have recently introduced a…
👐Dialdirect App Review & #getbackching Driving Challenge A few weeks ago, Web AddiCT(s) were invited to the launch of the Dialdirect app. For those of you who have been…
Your are the first person in your social graph to know! Share it with your wwworld now 🗺️
Facebook4
Google+0
LinkedIn0
Twitter0
Support Web AddiCT(s);