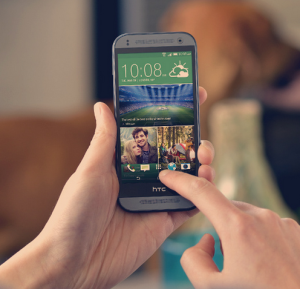 Late last year, HTC announced the young brother of its flagship HTC one, called the one mini 2. This is an updated version of the previous one mini with many updated features. As expected, we got to spend time exploring the device to discover its pros and cons. In this post, we discuss what truly impressed and disappointed us.

HTC is renowned for making exceptionally well-designed phones. The One  mini 2 is no exception. When unboxing the device, the first impression one gets of the phone is how incredibly beautiful the phone looks and feels in your hands. The device is wrapped in an aluminum uni-body design, which means the battery is not removable. While we still on the subject, the phone has a 2110 mAh battery, which gets you (according to HTCH) approximately 16 hours of talk time and about 556 hours of stand-by time. While using the phone for the past week, these numbers where not exactly accurate, but were nonetheless very close.

As for the most obvious feature of the device, i.e the display, the One mini 2 boasts a 4.5 inches Gorilla Glass 3 display, with a screen resolution of 720 x 1280 pixels. In terms of the CPU, the one mini 2 has Quad-core 1.2 GHz with 1GB of Ram as well as 16gb of internal storage. However, the phone is capable of a 128 gigs sd card. Similar to most smartphones these days, the one mini 2 has all the expected sensors, (e.g an accelerometer, a proximity sensor and a compass).

In terms of the software, the phone runs android 4.4.2 (kitkat) with HTC’s sense user interface. It has been reported that HTC is planning for a lollipop upgrade soon. Lollipop updates to its big brother have already begun rolling out. The coolest feature I particularly liked is HTC’s social aggregation app called blinkfeed which automatically aggregates all contents from all the social media accounts. When on the main home screen, you just need to swipe to the left to activate blinkfeed. This feature can of course be turned off for users who might find it a little less useful.

Furthermore, this device also has a kids mode, which contains kids games. This mode can be activated with a password to prevent children from messing up other applications on the phone. 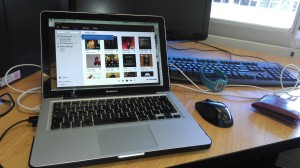 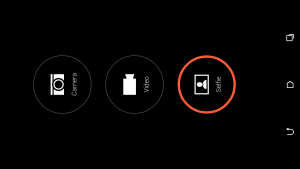 As for the videos, I was particularly impressed with how steady the video capturing capabilities of the device. There is hardly any shaking whatsoever. Like most recent HTC devices, the media player is quite intuitive and quite user friendly. The front facing speakers are impressively loud.

When you plug the device onto a computer, it allows you to download HTC’s sync manager, which makes it easy to sync and backup your media from as well as to the device. (Click on the images to enlarge)

The one aspect of the device that did not impress me was the keyboard. However, this is a matter of personal preference. The numbers and characters were too close such that when one types, one tends to make so many typos. Predictive text however does solve this problem. To conclude, the HTC one mini 2 is by far one of best in its category. This claim is easily backed up by a multitude of features the device possess.

👐15% OFF sudio REGENT on-ear Headphones A few weeks ago I received an email from a South African woking in Sweden for a company called Sudio. They’re a…
👐Is The Future of SEO The Future of User Interface & UX Design Too? IMHO: The Future of SEO is AI & Voice. In the same way that The Future of UI & UX Design is Search…
👐The jfGi.cc Origin Timeline (updated) This is a journey of multiple ideas spanning from the origins of the first chatbot spearheaded in 2007, ideating and the creation…
Your are the first person in your social graph to know! Share it with your wwworld now 🗺️
Facebook2
Google+0
LinkedIn0
Twitter0
Support Web AddiCT(s);