With the most improtant month in the Islamic calendar coming up Muslim Central has introduced their new Progressive Web App, Alif Central which assists you in learning to read and recite Arabic.

❓ Would you like to learn to recite the Qur’an?
❓ Do you struggle with pronouncing arabic letters?
❓ Do you want your children to learn to read the Qur’an from a young age?
❓ Are you a revert to Islam and don’t know where to begin learning to recite?

Using relatively new technology, Progressive Web App, Alif Central is a Website 🖥 and an App📱 in one.

It also works on large screens such as Televisions 📺, so the entire family 👨‍👩‍👦‍👦 can learn together.

Key Features
✅ Access from Desktops, Tablets, Mobile Phones & Televisions
✅ Recordings done by a qualified Reciter of Qur’an
✅ Kid Friendly Features
✅ Content based on one of the most popular book used to learn Qur’an Recitation

The Alif Central Progressive Web App is absolutely free with no advertisements. Installing Alif Central does not require you downloading anything from the App stores. Simply head on over to alifcentral.com, once the site loads click ‘Add to home screen‘ and you’ll be on your way to learning to read and recite Arabic just in time for Ramadan.

Project
This App is FREE without any advertisements and aimed to assist those wanting to be able to read the Quran in Arabic. Learners, must however learn from a reputable teacher to ensure proper pronunciation. Content matches that of the Noorani Qaida book as it is the most popular.

Recordings were done in studio by a qualified (Qari)i.e. with ijazah (“license”) to teach and recite Quran. Those with ijazah have a chain linking back to the Prophet Muhammad (SAW).

Users that may benefit may include but not limtied to:

👐Artificial Intelligence, SEO, Machine Learning & Google Hey Google, please take a note. Just because Artificial Intelligence (AI) is trending, with many projects getting attention in almost every industry,…
👐Learn Affiliate Marketing & Cryptocurrency Simultaneously We’ve recently covered Bounty Campaigns in Digital Marketing and how Social Cognitive Theory applies. Now you have an opportunity to learn about…
👐11 Cryptos & a Bitcoin Idea to Learn About in 2018⚡🔥🧝📿 Update ix/xi October 2018: just forGet it! jfGi.cc is just for Getting it Unfortunately my health took a serious knock and didn’t…
Your are the first person in your social graph to know! Share it with your wwworld now 🗺️
Facebook0
Google+0
LinkedIn0
Twitter0
Summary 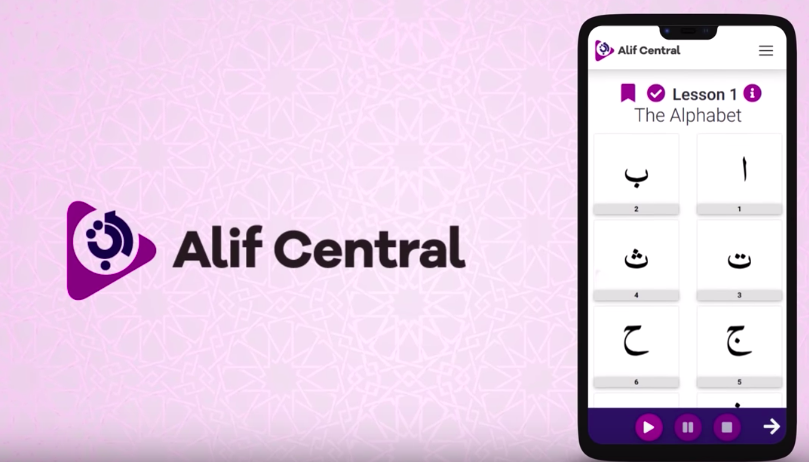 30 Second overview of the Alif Central App! Please note, this a Progressive Web App. HOW TO INSTALL THE APP You will NOT find this on the App Stores. Instead, you SIMPLY go to the website from your phone, and accept to "Add to Home Screen" this will install the App in the background and once completed it will say "Shortcut has been created on your Home Screen". This is a relatively new technology that bypasses the App Stores!!! :)