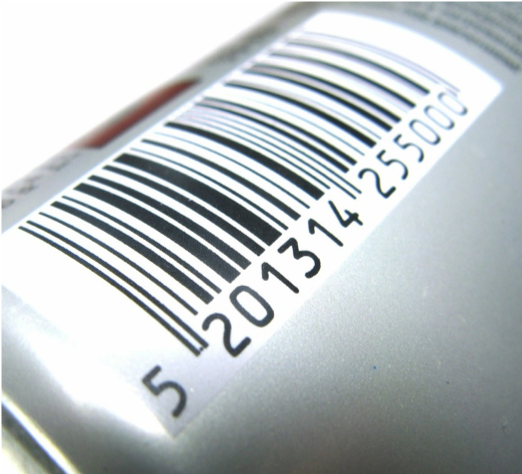 When it comes to barcodes South Africa has many different forms and every one of them has its own exclusive symbolism and usage. Here’s a simple way to know how barcodes work; conceptualise them as a more high-tech method to transfer a chain of characters. A kind of dog collar if you will. The symbolism behind each unique barcode is in essence its mechanical details and each character can designate a whole range of information. The thickness of the bar, their quality, the way in which each character is set out, the method used for encoding are just a few of the symbols portrayed by each barcode.
What this does is creates a way of encoding in special barcode language for speedy transmission via a scanner to the computer instead of having to manually input and handwrite this information. Every sequence of symbolism follows am algorithm or formula for regulating this encryption and the storage of each symbol.
Naturally because barcodes have a different value in terms of their traits (such as their differing abilities and various linearity), some are more advantageous for certain usages and in industries than others. The technology that drives barcodes never stops evolving and adapting. This is very evident in the escalation in the use of the 2D barcoding system that has become popular, allowing users to scan barcodes straight from their smartphone.
Barcodes are literally everywhere and are used on so many different things from items at retail stores to luggage on planes, even down to registering new born babies. Why not take some time to learn about what types of barcodes there are and how they could potentially serve you?

The Universal Product Code, or the UPC code, is the most common type of barcode used in retail stores and is the one most people are familiar with. This type of barcode is the barcodes earliest format originating from America and used all over the world today. There are 2 types of this particular barcode which are both linear and consisting of black bars of different widths on a white surface with a sequence of numbers below. The UPC has a maximum length of 12 numbers per barcode and uses numbers exclusively. This barcode has been approved for use internationally and is very similar to the European Article Numbering code (the EAN). But more on that below.

The EAN code is another barcode similar to the UPC used in retail for point-of-sale scanning, and most commonly used today. While it looks so similar to the UPC code you might not be able to tell the difference, the main distinction between these is terrestrial application. They are used worldwide and are everyone’s first choice when selling their products on an international level because they are developed to be recognised globally. This international aspect is embodied in the additional digit found on each barcode which allows for countries to be included in the barcode’s information. The default EAN form consists of 13 digits and is known as the EAN-13. However, there is also the option of an EAN-8 which only consists of 8 digits and is useful when you have a small product, such as a small candy. The composition of these product barcodes is as follows; the company number, a single check digit and the product reference.

The International Standard Book Number, referred to as the ISBN, is a method of barcoding used to systematize ordering and account systems for book publishers, wholesalers and retailers. Is it used in the supply chain for placing orders, cataloguing, recording of sales as well as for stocktake purposes. It is a barcode consisting of 13 digits specially developed for publishing of books and novels and other related types of one-time basis products. This barcode contains information on who the registrant is, the title of the publication as well as its edition and format.

Also known as the ISSN and similar to the ISBN, this unique 13-digit code is used specifically to categorize newspapers and magazines that are published on a periodic basis. There are an additional 2 digits added onto the number that are used to indicate what issue the product is and its publication. If a specific publication appears both in print and online – the product will have 2 ISSN numbers that indicate this formatting.

Codabar barcodes are most often made use of by healthcare workers and logistics professionals – such as libraries and blood banks. Their main benefit comes in that they are easy to produce and can be printed by any type of impact style printer and their production does not necessarily have to involve a computer, making them efficient and cost effective. These are characterized by the usual set of black lines with various widths on a white background above numerical symbols.

Code39 barcodes find their usage in the labelling of products across many different industries, but primarily in the automotive industry and the US Defence Department. They are used for keeping track of inventory and other coding intentions in manufacturing and related industries. You’ll notice if you buy barcodes, South Africa is a bit behind with this type of barcode.

Code128 barcodes are compressed high-density codes that are primarily made use of in industries involved in shipping and packaging as a means to identify containers. Because this particular barcode was designed to be extremely compact – it uses the smallest amount of space of all the 1D types of barcodes but can squeeze in the most amount of information. It finds is name by its ability to recognize 128 characters from the American Standard Code for Information Interchange and is extensively used and tremendously reliable.

2D barcodes methodically represent information using two-dimensional symbols and shapes. They are comparable to a linear 1D barcode, but this barcode generator has the ability to represent more information per unit area and are scanned differently.
Quick Response Code:

QR Codes are comprised of black units laid out across a white square. These barcodes find their most popular usage in tracking and promotion initiatives like marketing advertisements, magazines and business cards. Their flexibility in size and proportion allow for a greater fault tolerance and they have speedy readability. Their one disadvantage lies in their inability to be read with a laser scanner because their design allows for exclusive barcode registration on an imaging device, such as a smartphone camera. QR codes allow for four different methods of information or data: numeric, alphanumeric, byte/binary, and Kanji. They are open to the public and can be used free of charge.

Similar in composition to the QR code and mostly used to label smaller goods and documents that might be too small for 1D barcodes. They are similar to the QR code in that they can encode a great volume in a smaller space and too have a greater fault tolerance and speedy readability. Their main difference lies in their much more reduced footprint and ability to be scanned by an imaging device such as a smartphone. These codes are effortlessly available and can be scanned easily and are most often found on advertising related things.

Aztec codes are most popularly used in the transportation industry – specifically for things like aeroplane boarding passes and train tickets. They have their greatest advantage in their ability to be scanned even if they have been poorly printed or have a bad resolution. They are particularly advantageous in that they take up far less space because they do not need a background blank “quiet zone,” unlike some other barcodes of the same type. Here’s a little fun fact about Aztec codes – Japan has started using them as a stamp to mark the passports of tourists who visit Japan.

Barcodes, they’re a whole other world!

👐15% OFF sudio REGENT on-ear Headphones A few weeks ago I received an email from a South African woking in Sweden for a company called Sudio. They’re a…
👐What Lies ahead for South African Personal Finances in 2018? 2017 has been a year to forget in terms of the financial wellness of many South Africans ,who didn’t buy bitcoin or…
👐11+1 Bitcoin Questions You Should Know the Answers to. I have as much interest in finance as you but the exponential rate of change at which disruptive tech is being applied…
Your are the first person in your social graph to know! Share it with your wwworld now 🗺️
Facebook0
Google+0
LinkedIn0
Twitter0
Support Web AddiCT(s);